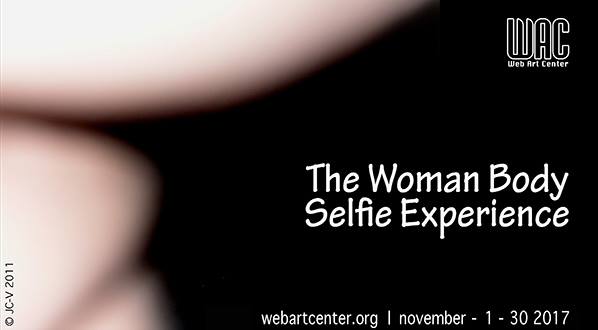 In the context of FONLAD FESTIVAL it will be presented @ the Web Art Center “The Woman Body Selfie Experiment”, a virtual exhibition curated by José Vieira with curatorial text by Rrose Present.

My Nude Female Vision begins with a need: Searching for sensations and perceptions of self through the appropriation of one’s own body.
In my shots the nakedness appears contracted and implosed, turned and returned to an interior; it is not an expansion of a body that is displayed, but a revelation of a being and of what it hides. Of a mystical body, which encloses a clot of mystery. Self-portraying postponement of a fracture …
Indeed, today, more than ever, in a society that has dissected and subdivided the material dimension from the spiritual one, nudity has become an expression of a taxed and inculcated identity through devious patterns in which women are not recognized and increasingly refuse .
An “expropriated” identity, driven by the fullness of its integrity, of its role in the natural order of things.
So in my shots the search is just that of an original, untouched original – almost biblical – still in tension between purity and corruption.